I’ve been most remiss in my writing lately, having partway composed a post only to get caught up in another project entirely.

September was Oven Building Month here in the rainforest – in the final moments before Mandy’s departure on what appears to be a somewhat-too-exciting trip to Haiti amid hurricane Matthew. After over 15 years of dodging hurricanes, it appears that she’s in for quite a blow over the next few days. Though communications will certainly be down, she should be ok, in the safety of the concrete school-house.

The demolition and reconstruction of the wood-fired oven has been quite a process! I dare not contemplate how many hundreds of pounds of brick we carried down the slick, muddy hill after cautiously removing the bricks, one by one, with assiduous use of a sledgehammer. There were certainly some moments of wondering “is this a good idea?” during demolition…

…but overall, it was a relatively simple process. 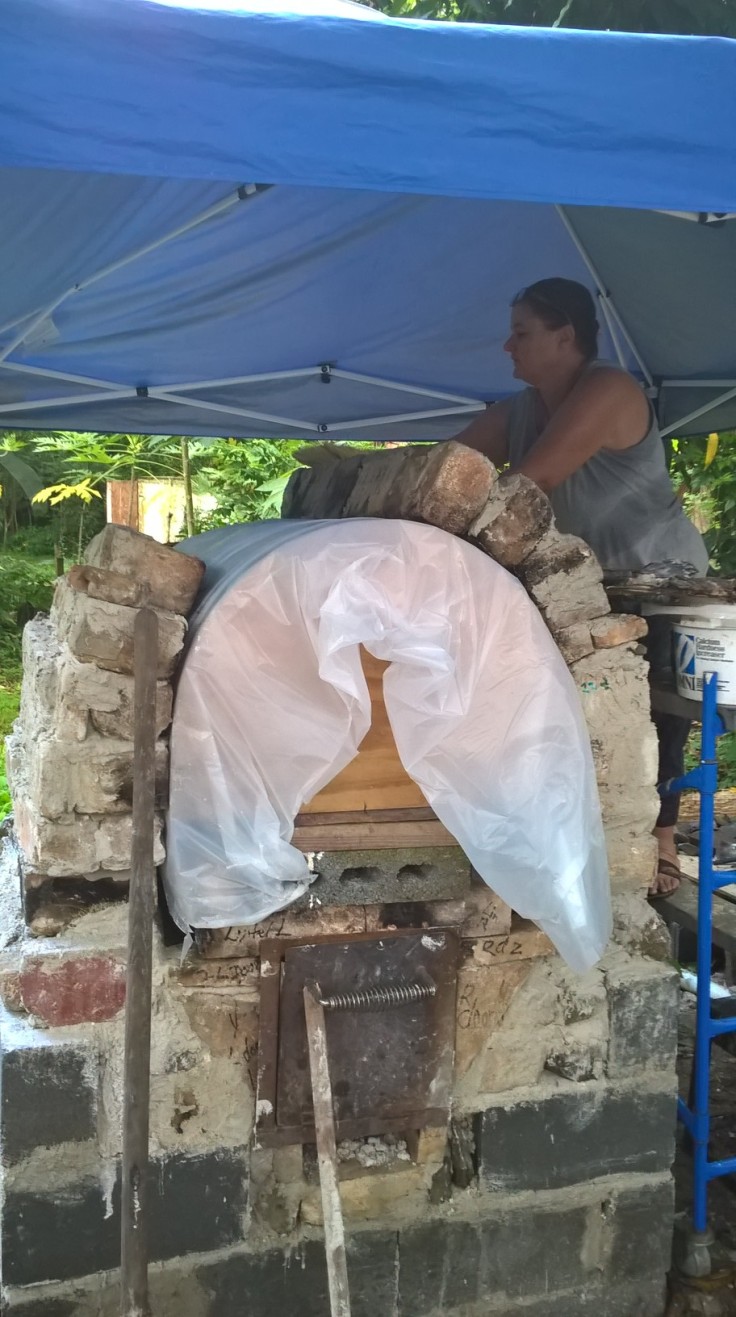 Until the former needed to come out. My elbows still feel like they need some grease, a week after all that pulling, pushing, and hammering at odd angles. It did finally come out, with no damage to the brickwork. 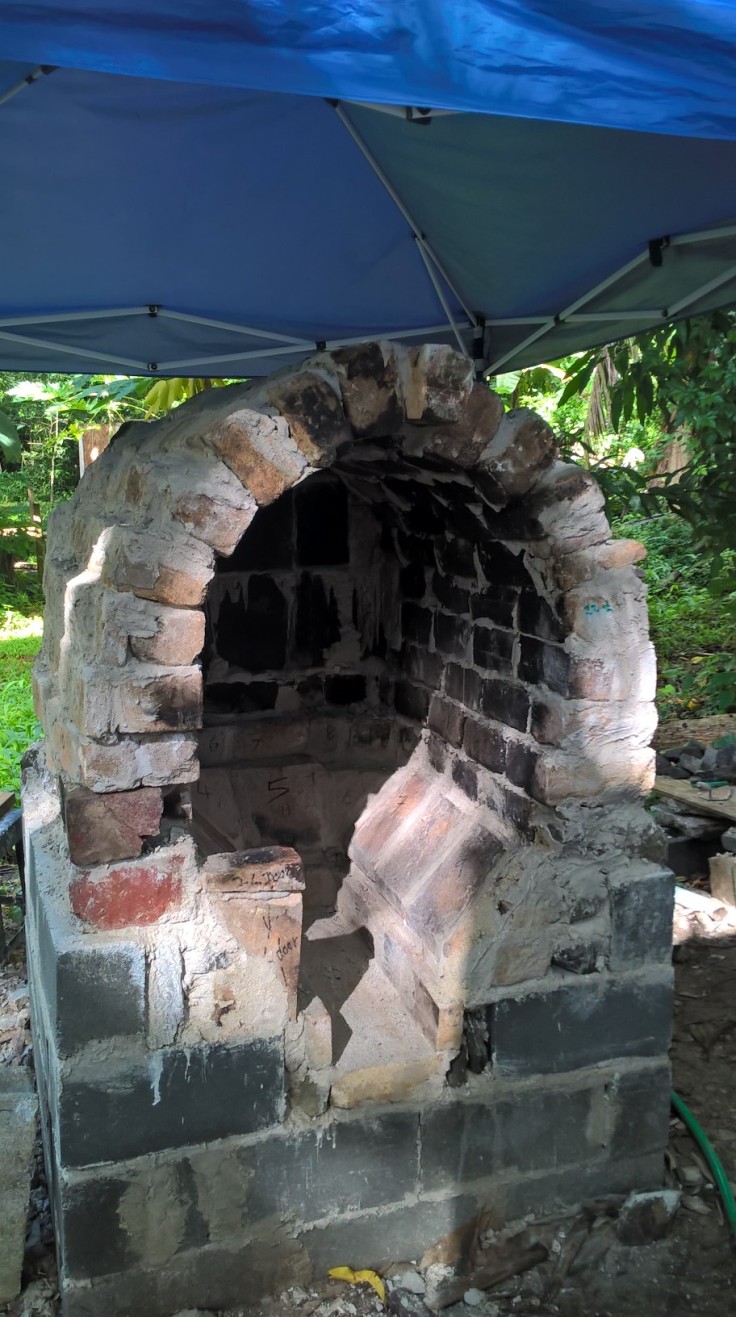 Next, putting the barrel in. It fit a little differently this time, but if anything it’s more level than it was before, and possibly better insulated around the front.

The final brickwork up the front was a harrowing race against dusk, on Mandy’s last day here. Plastering, fortunately, is my forté…and can be a gradual process.

A little longer to fully cure, and wood-fired breads will be back on the menu!